Every anniversary is special, and each anniversary year is associated with traditional and modern gifts. Back to the middle ages, the tradition of giving gifts is based on the number of years a couple has been together. The passing of another year together marks a deepen relationship, commitment, and love. To commemorate this intimate occasion, special gifts are essentials to it. Traditional anniversary gift means one is assigned to each year and each symbolic gift has its own value. Let’s name few of those traditional gifts that are mostly celebrated.

According to the Anniversary Symbol, the 1st Wedding Anniversary traditional gift is paper. It symbolizes that you just started your lives a year ago and your relationship can easily be destroyed if not been tested by time. It is an ‘open sheet’, where you can start writing memories together.
On the 2nd Wedding Anniversary, the couple learned to be flexible as time goes on. This is the time where you get to know each other and choose to be with each other as you face your ups and downs in life. The traditional gift ‘Cotton’ describes the best for it remains flexible and strong even when you interlace together.

The traditional anniversary gift ‘China’ symbolizes your 20th wedding anniversary. Just like China, it is elegant yet fragile. It means that you should always take care of each other’s heart by not breaking it as you continue to look back and look forward to your lifetime commitment.

Celebrating 25th wedding anniversary is considered very valuable for their relationship has been tested by time. In the medieval year, silver has been given to their wives as a gift when they are married for 25 years. Silver is a very precious metal and just like how you value your 25 years of marriage.

Spending half a century together was amazing! Gold is the traditional anniversary gift that is associated to 50th year wedding anniversary. It symbolises strength, knowledge, wisdom, and a deep understanding towards each other. Check this site infinityrose.com.au to see what other gifts for her to match on your yearly celebration. 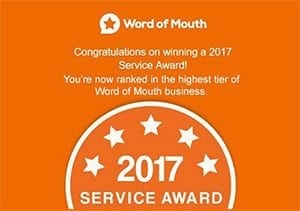